Down on the planet Nebulus all is not well. Someone or something has been building giant towers in the sea and they didn't even apply for planning permission.

In the offices of Destructo Inc. you awake from your afternoon nap with the phone almost erupting on your desk. The boss is shouting about some little destruction job he's got for you. Still half asleep talking about the brand new Mk.7 Mini-Sub he's got for you and the words "pay rise" you're out of your office in a flash, leaving the phone dangling out of the window as the boss goes on to talk about the extreme danger involved...

On the title screen left/right arrows select the starting level from 1 to the furthest tower you've previously reached.

You arrive at the bottom of each tower in your trusty submarine. Climb to the top of the tower within the allowed time. The towers are covered with various ledges, tunnels and lifts. You may also discover ledges which dissolve when you stand on them and slippery ledges which will push you left or right.

Flashing blocks and bouncing balls can be destroyed by shooting them but the silver rolling balls can only be stopped in their tracks for a few seconds. All other creatures are indestructible. If hit by a creature, you will tumble off the ledge and land a few levels down. If you fall in the sea, you lose a life.

Entering the final door at the top of the tower sets off the destruction sequence. You are awarded bonuses for the time left and for technique and the tower will crumble into the sea.

When a tower has been destroyed you get back in your submarine and travel underwater to the next tower. During this time you can pick up bonuses by catching fish. This is achieved by shooting air bubbles to capture the fish, which can then be collected.

Nebulus was originally created by John M Phillips (@JohnMPhillips6) in 1987 for the C64. He did the design, graphics, music/sfx and code, as well as going on to make the ZX Spectrum, Amiga and Atari ST versions! The Amstrad CPC version was created by Chris Wood (graphics and code) and Dave Rogers (music/sfx and sound driver). The original cassette inlay art was created by Steve Weston. Nebulus was published by Hewson.

This fan-remake for the PICO-8 fantasy console borrows heavily from the above creator's work. Please support the current copyright holders by checking out the originals on Antstream Arcade (see the story behind Nebulus), or on THEC64.

The PICO-8 version was made possible by:

PICO-8 Nebulus runs at 60fps in the console's undocumented hi-res and hi-color mode: 128x256 resolution with the full 32 color palette. It fits into a single cart (17152+15616 bytes data+lua). The web version optionally applies a CRT filter for those eighties feels.

Here are snapshots of the PICO-8 Nebulus source lua code.

Here is a writeup on Picoscript, a custom script system used to save tokens in Nebulus.

If you own the PICO-8 devkit you can download and play the standalone cart nebulus.p8.png.

Since Nebulus runs in hi-res mode you will need to launch PICO-8 with the hi-res command line parameters:

Then once inside the PICO-8 console:

Hello lovely Nebulous programmer. Would you able to upload an Windows Executable, please?

As a longtime Nebulus fan: wonderful!

A couple of suggestions:

1) have last completed tower set as default in level selection: after losing third life, one wants to come back to game as soon as possible but it's not easy to remember pressing 'right' N times to get to last tower...

2) (more difficult I suppose) some way to start from last tower, even after game/emulator is rebooted? (e.g. level password)

How are you applying the CRT effect to the pico-8 browser embed? The github looks like it's written in C, not anything compatible with the javascript pico-8 produces

I ported MattiasG's excellent CRT effect to webgl. Here's the pico-8 "plate" (HTML template) from the original conversion. https://github.com/carlc27843/pico8-crt-plate (some touchups may be needed for the latest pico8 version). On Chrome you can right click on the game embedded above and choose "View frame source" too.

Pico-8 should have an option to quickly switch to x2<->x1 display resolution, and a way for programmers to automatically set this option when starting a game...

Someone asked Pico-8's author about this feature request?

Controlling resolution from lua would be more convenient for sure. I get the impression the hi-res mode was intended to be just a novel undocumented easter egg rather than a seriously supported feature; in one version Zep actually removed it completely from html exports! I was very grateful when he was receptive to adding it back in the next version. :)

Maybe if more people make multi-display carts it might become higher priority? (Writing carts to use it does add another level of complexity though, and can require 2x or 4x CPU compared to a single display cart, so it's not always feasible).

amazing game, has a "troll" side to it that may be frustrating to some, but once you accept the fact and treat the game as an adventure it becomes super fun. Got to the third tower

This is so great, congrats. Interesting that you use this pico8 gfx mode. First time I see a game using it.

This is amazing, remember playing it on the spectrum originally. This is such a polished version

This is THE BEST port/game i've seen for PICO-8!

This is really good! You did a fantastic job on this remake

Holy moly - this is wonderful! 🤩👌
I was excited to play this when it was "teased" and my goodness - it looks and sounds just as incredible in person.  Hard as nails, but that's expected - just like the classic! 😅

Excellent use of PICO-8's (undocumented) multi-display feature to achieve wide-pixels. Also absolutely lovin' the integrated use of Mattias' CRT filter (I may have to "borrow" that some day! 😏)

Congrats on making probably the best "8-bit" version of this game I've ever seen. 👏🤓 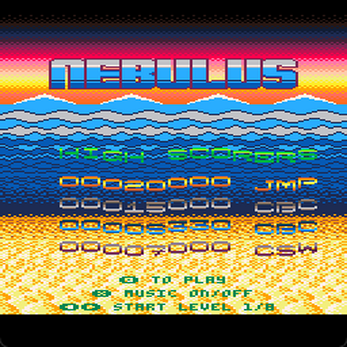 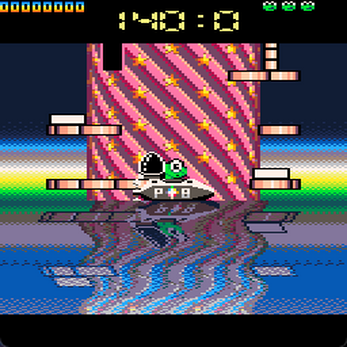 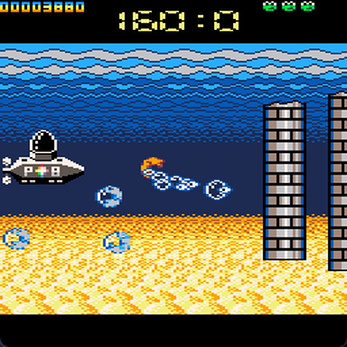 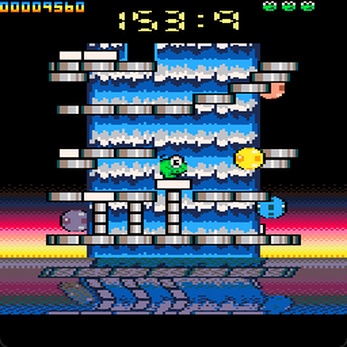 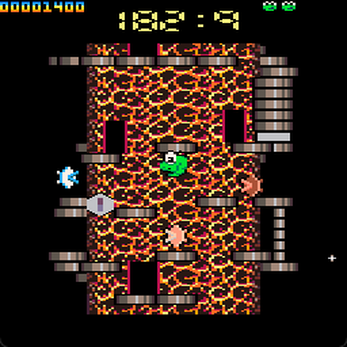